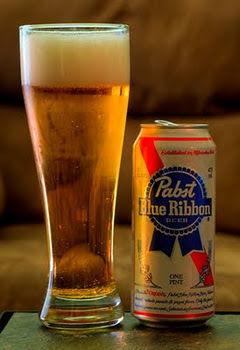 New York and the $3.00 PBR, Pabst Blue Ribbon Beer has been a God-Send to many New Yorkers. As you all know, the US Economy has been in the Shitter for the past 5  years or so.

Many people are out of work, and many who are working, are taking home Half-as-Much Money or more of what they used to make. People have had to buckle down and give up or curb many things they enjoyed previous to the current state of our economy, which is in almost a Depression Era State.
Yes, everybody says that we are not in a Depression, we’re in a recession. Those are the Rich and Well-Off, The 1%-ers  talking. To many, the state of our Union and their feelings are of Depression.
So, because of the Terrible State of our Economy you have given up eating out 3 times a week, you buy less clothes, spend less on Entertainment and any number of things. You haven’t had a vacation in the past two years, maybe more. You’ve given up a lot. We all have.

Now when it comes to socializing, going out for a few Beers or Cocktails with some friends, you’ve had to cut back on that too. But hey, you gotta draw a line somewhere, and everyone is entitled to a few drinks to unwind every now and then, and to be with friends. Yes times are bad, people are hurting, you need your friends more than ever. And having a few Beers or Drinks is one of the most common adult ways to do so. It’s natural and part of everyday life. You should be able to have two or three drinks or beers and not have to spend a small fortune doing so. You should be able to have 2 beers for about $10 including tip, and about $16 for tow drinks including tip. That’s reasonable. That’s what most people pay around America, and even less. But we don’t live in America, we live in the greatest City in The World, New York, and Cocktails and Beers here can be oh-so-dear. “Expensive!” Expensive as Hell, “Ridiculously Expensive.” It’s absurd and outrageous, with many places thinking it’s normal and OK to charge $16.00 or more for a measly little Cocktail made by a friggin so-called “Mixologist.” Ha!

It’s not OK, what’s a person to do? So yes, we live in New York, and having a couple cocktails here can be a costly undertaking.. What is a Poor Working Guy or Working Girl to do??? Well Boys and Girls, let’s Thank God for that great thing of wonder and the Bars and establishments who so graciously and kindly serve it, The $3.00 PBR, That’s right, a $3.oo Beer in The Land of The Over-Priced $16.00 Cocktail, Manhattan, New York, NY….. It’s quite Sad, Greedy too, not to mention “Ridiculous Ludicrous and Insane.”

Yes, Thank God and let’s thank the Kind-Hearted proprietors who serve $3.00 PBR’S or any Beer for just $3 or $4 in a New York Bar. You are doing your fellow man a public service and we thank you for that. Whoever you are, you are to be commended, and Shame-On-You, all those places that serve $14 PLUS Cocktails. “RIP-OFF” !!! Wish the masses would Boycott these places and patronize places like Blue & Gold Bar, 7B, and anyplace who has a heart. Bars that serve 3 and 4 Dollar Beers.
I just have to say, it’s great to go to a place like Blue and Gold Bar on East 7th Street and know that you can have 3 or 4 Beers for just $12 to $16, accounting for a Buck a Pop for the Barkeep. Now that’s pretty good. I have had the best times hanging at Blue & Gold with some friends. You sit at the Bar or get into a nice comfy booth, drink your Beers ($3 PBR’S), relax, listen to the Music, Chit Chat, and just enjoy, and it’s not going to cost you The Shirt Off Your Back.
Yes, you can have 4 Beers, tip included for the price of 1 Rip-Off Drink at one of those Rip-Off Joints. And if you are Dumb enough to have four drinks in one of those places, guess what it’s going to cost you? About $75 my friend.

BLUE & GOLD BAR in the East Village, on East 7th Street between 1st and 2nd Avenues. Blue & Gold has long been a favorite of mine ever since I lived in the East Village from 1982 to 1994. It’s just a cool ol normal old style bar with a pool table, standard 50’s 60’s Bar Decor, and Best-of-All $3.00 PBR’S and $6.00 Cocktails. I love it.7B   a.k.a. The Horseshoe Bar, also in the East Village, a bastion of cheap and fare prices in Manhattan and Land of The $3.00 PBR and other $3 and $4 Beers.  7B  is located on the corner of Avenue B at 7th Street, hence the name “7B”  … The nickname Horseshoe Bar comes from the shape and dimensions of the bar, “Horseshoe Shaped.” The bar has been the setting of numerous movie shoots, including the scene in Godfather II when Frankie Pantangeli (Frankie 5 Angels) goes to this bar for a meeting with the Rosato Brothers, and Danny Aiello raps a Piano-Wire around his neck. A scene from Crocodile Dundee and other movies as well ….  But Best of all, at 7B they serve $3.00 Beers, cheap drinks, and they have a photo and sell Potato Chips and Pretzels which practically no bars in Manhattan ever do any more. And this is a good thing when you get the munchies from the Beer. Glory Hallelujah, thank God for 7B ..

I first wrote this piece way back in 2008. I was unemployed at the time, and not doing as well as I am today. What a difference a decade makes. No, I’m sill not rich, no where near it, though I have saved a bit more money, and definitely doing a lot better than I was when I wrote “New York & The $3 PBR,” and how much it meant to me, and a good many New Yorker’s at the time when New York and America had gone into a major recession and financial downturn. Many lost their jobs, as did I, and millions other fellow Americans. Many lost their jobs, and got new jobs at half their previous pay and even worst. And on top of it, the average price of a cocktail in New York was somewhere around $14, and many places at $16 &$17 before tip. Just figure on Twenty Dollars a drink at those places. And with sky-high rents, what was a person to do? If you wanted to go for 2 or three drinks, it could cost you $40 to $60 just for  a few drinks. Again, “What is a person to do?” I person has to drink, doesn’t one? Well no, it’s not really a necessity, like, air, water, food. Or is it? Yes, for many it is. The ability to go out for two or three drinks, and not pay, “An Arm & a Leg” so to speak. Shouldn’t your average Jane or Joe Shmoe be able have two or three drinks for just about 20 Bucks or less, including tax, tip, drinks, everthing? “Hell Yeah!” Well my good friends, just like back in 2008 when I wrote New York & he $3 PBR, believe it or not, you can still go to bars in NY and get a three dollar beer, a $3 PBR, and even for just $2.00 … “I Love it!” This is certainly good news. I was thinking about those places, and wondering, did they still have $3 Beers? Yes They do. There are even places where you can go and get a Shot & a Beer for just Six Bucks. Yes I said $6.00 … “Well, where the Hell are they,” you want to know? Read on my friends.

WHERE to GET $3 BEERS & MORE CHEAP DRINKS in NEW YORK ?

7B Horseshoe Bar at the corner of East 7th Sreet & Avenue B in he East Village of New York …  Yes they sill have $3 PBRs and other Beers, and one of the Very Few Bars in NEW YORK where you can still buy Pretzels & Potato Chips , “Love It!”

MILANO’S “New York’s Favorite Dive Bar” ,, 51 East Houston Street, New York, NY .. No, they may not have $3 PBRs, but $4 cans of ROLLING ROCK, a great Jukebox, and the fact that it’s NYs Favorite Dive Bar is good enough for me. I’ve had lots of wonderful times here, spent banging back a few brews, dropping cash into the Jukebox to play all my favorite songs (NO HIP HOP RAP CRAP), and sing along with my Pals. We’ve had many legendary nights here.

Welcome to The Johnson’s 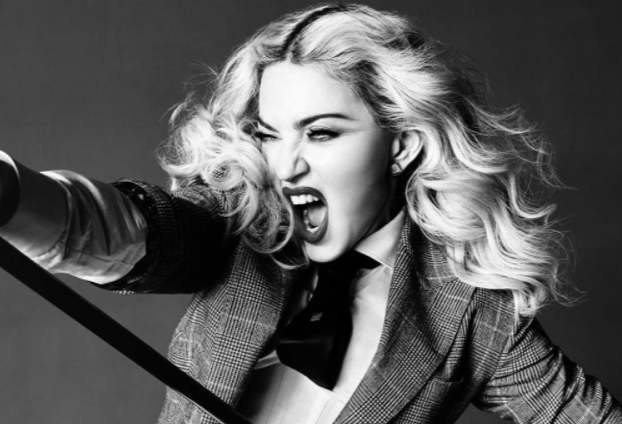