Greenwich Village is one of the world’s most famous neighborhoods, located on the southwest corner of downtown Manhattan in New York City.

Steeped in history, the village is also known as “West Village” or simply “the Village.” It has Broadway on the east, the Hudson River on the west, Houston Street on the south, and 14th Street on the north. Surrounding communities include East Village to the east and Chelsea to the north.

Originally a small farming community, the area surrounding the village was once marshland. It was referred to as “Sapokanikan” in the 16th century. The land was turned into a pasture by the Dutch settlers in the 1630s and then it came to be known as “Noortwyck.”

In 1664, the village developed as a hamlet separate from the larger downtown Manhattan when the English occupied the Dutch settlement of New Amsterdam.

It officially became a village in 1712 and was first referred to as “Grin’wich” in the records of the Common Council. As a result of recurring yellow fever in New York City in 1820s, many people fled to the healthy area of Greenwich Village and remained there. The village was converted into a military parade ground and park in 1826.

With a history spanning nearly two centuries, Greenwich Village was a mecca to Bohemians, and they played a major role in propagating new political, artistic, and cultural ideas in the area.

Since the turn of the 20th century, the Village has been a destination to famous artists, writers, entertainers, and intellectuals, such as E.E. Cummings, Eugene O’Neill, and Edgar Allan Poe.

The village also remained home for political rebels such as John Reed and Marcel Duchamp who proclaimed the founding of “The Independent Republic of Greenwich Village.” Further, the village’s role as a center for movements is remarkable.

Presently, the Village is a vibrant area, dominated by some important monuments, beautiful townhouses, multitudes of dining areas, and a wacky serpentine layout of streets.

The Federal-style row houses, Greek Revival townhouses, and quaint carriage houses, apart from the office buildings of the late 19th century and towering 20th century apartment buildings, reflect the creative and diverse population of the Village.

The heart of the neighborhood is the historic Washington Square Park, which is a hub of activities such as chess playing, skateboarding, and walking or jogging. The Village is also the seat for some of the important educational institutions in the nation, such as New York University (NYU) and New School University.

Also, located here is The Cage, officially known as the West 4th Street Courts. It is one of the most important venues for the city-wide amateur basketball tournaments. In addition, the Village is the place for the renowned Halloween Parade – a mile-long parade of life-sized puppets and masqueraders that draws more than two million spectators. 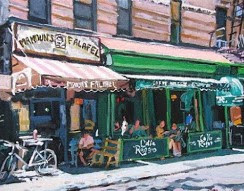 Macdougal Street
Macdougal Street and Bleecker Street are two of the most famous and historical streets in all of Greenwich Village. They were the main streets that spawned such Bohemian Types as Jack Keroac of the Beat Generation known as Beatniks. Macdougal Street and Bleecker Streets and the area where they converge was the epicenter of Folk Music in Greenwich Village in the many clubs, cafes, and Coffee Houses back in the 1960s with such musical artists as Bob Dylan, Joan Baez, Maty Travers of Peter Paul & Mary, John Sebastian, John Phillips and Cass Elliot (Mamma Cass) of the Mammas & Pappas, Pete Seger, John Denver and others, and later on such notables as Jimi Hendrix at Cafe Wha, Steven Tyler and Aerosmith.

SUNDAY SAUCE is NEW YORK ITALIAN
Greenwich Village for a long time from the early 1900s to the early 1960s was primarily an Italian Neighborhood made up of immigrants of the Southern Italian enclaves of Naples and Sicily, as well as some from Genoa, Calabria, and Abruzzo. There are still a few great old Italian businesses left like; Monte’s Trattoria (Since 1918), Raffetto Pasta Co. since 1906, and PORTO RICO COFFEE owned by the Longo Family Since 1907, and CAFFE REGGIO since 1927, which features paintings from the School of CARAVAGGIO and Renaissance  Benches from a Medici Pallazzo that can actually sit in as you sip your Italian Cappuccino and listen to Classical Music in a most delightful way. This is just a little taste of the charms of Greenwich Village New York.
Daniel Bellino Zwicke
Native Writer of Greenwich Village
CLICK to BUY a Copy of SUNDAY SAUCE
Best Selling Greenwich Village Italian-American
Author Daniel Bellino-Zwicke
.
.

Looking for a Hotel Room
In Greenwich Village , New York
And Worldwide
Booking.com
. 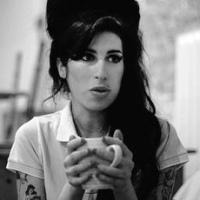 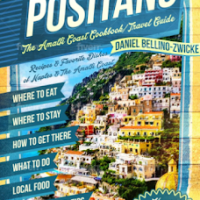