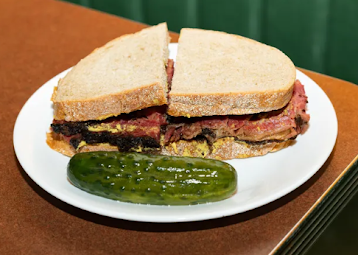 The PASTRAMI SANDWICH
S&P PRVOSIONS
Flatiron, NYC
Fianlly there’s a place that makes a great Pastrami Sandwich at a resonable price. It’s S&P Provisions in the old Eisnberg’s spot on 5th Avenue, just below 23rd Street. “Thank God,” it’s about time. What’s a regular working guy to do? Pastrami Sandwiches at $23 and up, before tip and tax? Can’t do it. Maybe one or two times in a year, and that’s about it at those prices. But at just $16 a pop, which for me is still a bit steep to pay for a sandwich, but it’s quite a bit more reasonable than the “Ripoff” prices at Katz’s, at an isnsane $25.95 for a meager sandwich that’s highly over-rated. I hate sto say it, but after Il Milino Italian Restaurant, and Joe’s Pizzeria, both in Greenwich Village and two of the most over-rated food establishments in New York, the famed Katz’s Jewish Deli on East Houston Street in the LES of New York, is another one of the city’s most overated restaurants in town. The last time I had a Pastrami Sandwich at Katz’s I was so highly disappointed, I haven’t been back since. That was 3 years ago. The place is a total and compled “RIPOFF” with a capital R. My sandwich that day at Katz’w was one of th biggest and most disappointing letdowns in my entire life. I had been Jonesing for a Pastrami Sandwich for weeks, and I finally went and treated myself at Katz’s/ It was a complet and utter waste of time, and a whole lot of money. $23 for the smallest Pastarmi Sandwich that I’ve ever seen in my life ! I couldn’t beleive it. And lukewarm and not tasty at all. What a disappointment. I was in shock.
Years ago, in the 1980s I lived in the East Village for the entire decade of the 80s. I lived on Avenue A at St Marks Place, a few short blocks from the greatest Pasrami that ever existed in New York. It was at The 2nd Avenue Deli, owned by Abe Lebewhol, who was brutually murdered in 1996 while making a night deposit at a nearby bank. 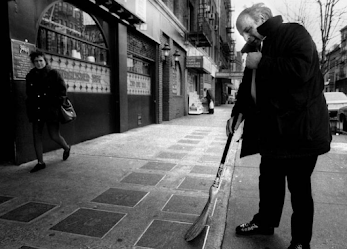 The 2nd Avenue Deli had the most amazing Pastrami. It was incredible, and for me, no Pastrami has come close. Not even the new 2nd Avenue Deli which opened a few years after Abe died, and his originalmasterpiece closed down. My buddy raoul and I went up to the new place in Gramercy Park engihborhood of New York. The Pastrami was good, but it just wasn’t the same. It was good, but it didn’t have the greatness that the old place under ownership Abe Lebwhol did. 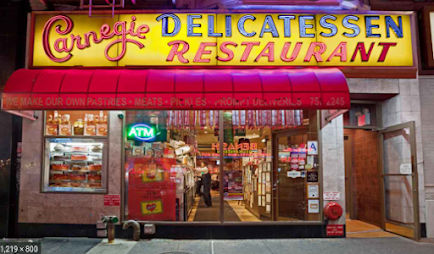 And another sin to happen besides the outrageously high prices of Pastrami these days, is the closing of another great Jewish Deli, and my second favorite after 2nd Avenue, the Carnegie Deli closed a few years back in 2016, when the then owners “Couldn’t Cut The Mustard,” and closed the place down. It was a very sad day in Jewish Deli History, and the history of New York restaurants on a whole. I had so many good times going there with some friends, getting a bowl of their superb Matzha Ball Soup, and a half of a Pastarmi Sandwich. There was nothing like it. The place was always jumping, and you could often see big name celebrities like ; Milton Berle, Jacki Mason, Alan King, or Woody Allen there. And speaking of Woody, he made a masterpiece of a movie, Braodway Danny Rose, a jilarious comedy film, of which a good portion of the movie takes place at The Carnegie Deli, with old Jewsish Comedian sitting around a table, eating Corned Beef and Pastrami, and telling stories about the main character of the movie, Danny Rose, aka Braodway Danny Rose, a washed up talent agent in New York, and his misadventures navigating the business of being a lackluster talent agent in the Big Apple of New York. It’s a great movie, and if you’ve never seen it, trust me, please do.
Well back to Pastrami. the high price of Pastrami really urks me, in these days of the gross price of music concerts of top perfromers. When I was a teenager, I was able to see all the great Rock N Roll, R&B for just about $12 a ticket. These days you have to pay $200 and up for crappy nose bleed seats. It’s atrocious! I ssaw the late great Frank Sinatra perform 7 times, and never paid more than $40 a ticket for the pleasure of seeing the greatest singer of the 20th Century perform live. Not like the crap that goes on these days, $200, $300, $500 aticket, and $26 Pastrami Sandwiches? What is this World coming to? I want to know!
Basta !
Daniel Bellino Zwicke 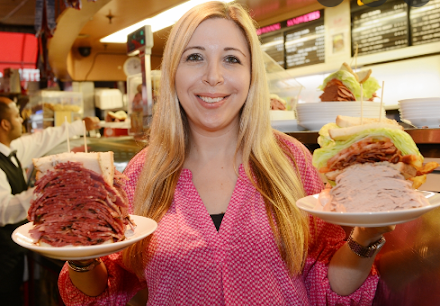 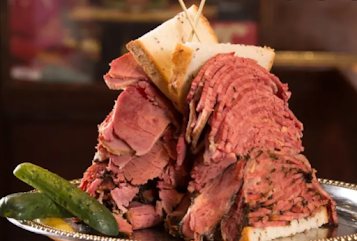