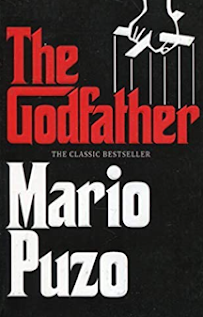 The GODFATHER
Mario Puzo
NATIONAL BESTSELLER
AMAZON.com
The GODFATHER
Mario Puzo’s classic saga of an American crime family that became a global phenomenon—nominated as one of America’s best-loved novels by PBS’s The Great American Read.
A #1 New York Times bestseller in 1969, Mario Puzo’s epic was turned into the incomparable film of the same name, directed by Francis Ford Coppola, which won the Academy Award for Best Picture. It is the original classic that has been often imitated, but never matched. A tale of family and society, law and order, obedience and rebellion, it reveals the dark passions of human nature played out against a backdrop of the American dream.
With its brilliant and brutal portrayal of the Corleone family, The Godfather burned its way into our national consciousness. This unforgettable saga of crime and corruption, passion and loyalty continues to stand the test of time, as the definitive novel of the Mafia underworld. 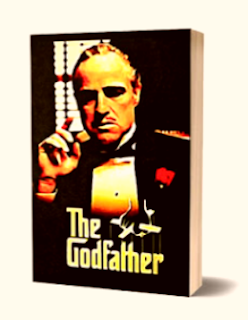 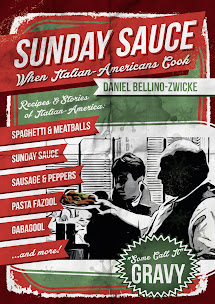 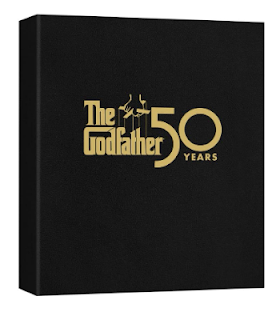 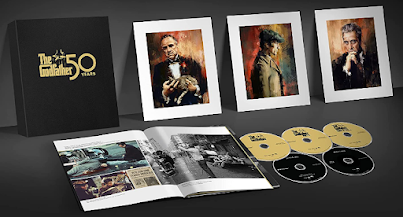 Celebrating 50 years, this deluxe limited edition set offers, for the first time in one collection, the essential, definitive saga of the Corleone family, overseen by director Francis Ford Coppola and based on the bestselling novel by Mario Puzo. A global cultural touchstone captivating fans across generations, the enduring cinematic legacy of THE GODFATHER has immeasurably influenced popular culture, and rightfully earned its legacy as one of the greatest in the history of motion pictures. Remastered and restored in 4K UHD with HDR-10 and Dolby Vision, this collection includes Best Picture Academy Award winners for Best Picture THE GODFATHER and THE GODFATHER PART II, alongside the acclaimed conclusion MARIO PUZO’S THE GODFATHER CODA: THE DEATH OF MICHAEL CORLEONE. Includes both the Theatrical and 1991 cuts of THE GODFATHER PART III, as well as a special features Blu-ray featuring all-new content. 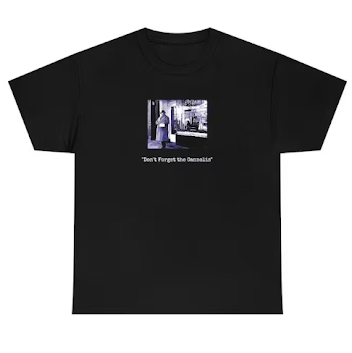 Sunday Sauce The Sneaker, inspired by Clemenza showing Michael Corleone (AL Pacino) how to make Sauce for a bunch of Guys (Mobsters) … These Limited Edition “One of a Kind” Sneakers were created by Bellino from the art work from his BEst Selling Italian Cookbook about Sunday Sauce Italian-American Gravy with Sausages, Meatballs, & Braciole. These fabulous looking sneakers are sure to please any and all fans of The Godfather Movie by the great Italian American Director Francis Ford Coppola, or fans of the great Italian-American actor from da Bronx New York, the one and only AL Pacino. This is a limited edition run. If you want a pair, act soon. Get a pair for yourself, or give as a most amazing Gift. Gift Ideas : Christmas, Birthdays and all occasions.
GET a PAIR

LIMITED EDITION by BELLINO
GET a PAIR TODAY