The DUDES CHOCOLATE KAHLUA COVERED TWINKIES !!! AWESOME !!! RECIPE In The DUDES BIG LEBOWSKI COOKBOOK  “GOT ANY KAHLUA” The COLLECTED RECIPES of THE DUDE ….. Now In Paperback on AMAZON.com 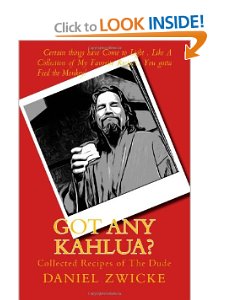 The Dudes New Cookbook GOT ANY KAHLUA?

Wow what a month this is going to be, a big new Apple product, the much anticipated “iPad Mini” to be released October 23, 2012 (high speculation anyway). And almost just as big, ever Bigger to its Millions of Loyal Fans “The McRib is Coming Back” before the end of the month, go to “Me-N-McRib” for the Secret Date. Yes all you McRib fans out there, “McRib Lover” you hopes and dreams for 2012 are about to come to fruition as the flaky and indifferent McRib resurfaces at a McDonalds near you. Grab her quick, “The McRib” she’s fleeting and will just be around for a short 6 weeks. A cruel and insensitive act to the legions (millions) of adoring Lovers of the McRib. Yes it is Boys and Girls. But hey, it’s a lot better than waiting for 15 years or so from one disappearance before resurfacing  many years later in the past. Seems like the people at McDonald’s are now set into a groove of bringing her (The McRib) back on a annual basis, just before the holidays. Well thank goodness for that.

So, back to the iPad Mini. As usual Apple has been able to fend off leaks for the most part. No one outside of the most inner core of Apple knows all the details for sure about the iPad Mini, but Cnet and other  reputable in-the-know Tech Sources have just about 99% assured us, the Mini will be announced at the Apple Event on October 23rd. Those lucky enough to have an invitation have a little Clue marked on it. The physical invitation that is, it states “We’ve Got a Little More to Show You.” Little? Get it? Little as in Mini, as in “iPad Mini.” Well, we’re gonna find out for sure on October 23, 2012 .. OK Boys and Girls another Big Piece of news, and it’s back to the McRib. DBZ has just published a Poem on “Me-N-McRib.” It’s a Poem for the McRib, and it’s called “The Heartbreaker” It’s hilarious, yet poignant  and can be read at the Blog “Me-N-McRib.” Check it out. 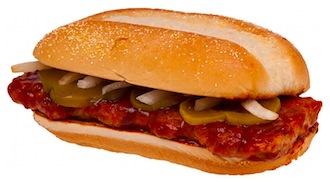 MAKE a McRIB at HOME !

Recipe in THE BADASS COOKBOOK 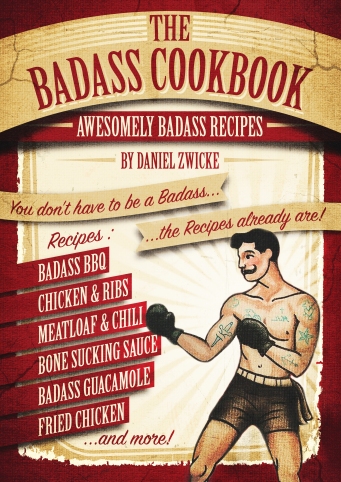 In Other BIG NEWS for 2012, Daniel Bellino’s “SUNDAY SAUCE” Sausage Meatballs & Fazool has just been released and is Available on AMAZON Kindle .. 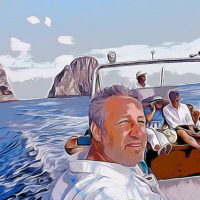 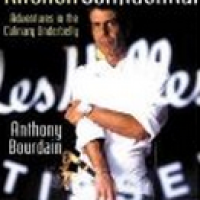